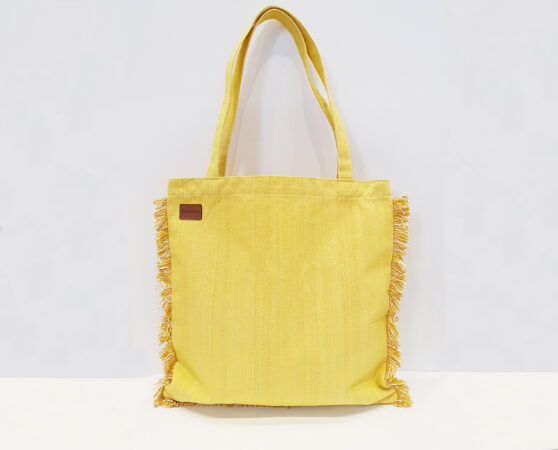 The term tote or tate, which means “to carry,” dates back to the 17th century, but was not used to describe bags until 1900.

During the 1950s, tote bags began to enter mainstream culture. Women used it mainly as practical handbags because they did not require much care.

But it wasn’t until the 1960s that the tote bag took on personal style. Bonnie Cashin launched her own line of handbags called Cashin Carry Tote Bags that combined style and functionality.

In the 1990s, Kate Spade finally transformed the way American culture embraced handbags when she began to carry them as fashion bags.

At VICENS we have added a fringe around it to give it a boho style.