VICENS RETURNS TO THE MBFW MADRID BY PABLO ERROZ AND THE IKAT FABRIC WAISTCOAT WEARED BY BEGOÑA GÓMEZ.
In the present edition of the MBFW 2022, Vicens has been present again, with a design by Pablo Erroz, which was worn by the wife of the President of Spain, Begoña Gómez. Pedro Sánchez’s wife attended the fashion show wearing a vest made with our ikat fabric, model 61 pink b, https://www.teixitsvicens.com/shop/category/fabrics/red/ from the collection that the designer presented last year on this same stage https://www.teixitsvicens.com/es/noticias/ teixits-vicens-debuts-at-the-catwalk-mercedes-benz-fashion-week-madrid/ The total look with which Begoña Gómez attended the event has made her demands clear: on the one hand, her support for proposals, such as that of Erroz, which represents the traceability of garments, which recovers the traditional way of creating fabrics and is committed to the circular economy, and on the other, sending a very clear message, displaying a black T-shirt where you could read “ Einstein was a refugee”, along with a photograph of the face of the famous scientist, father of the Theory of Relativity and winner of the Nobel Prize in Physics.
This year Pablo Erroz has presented the Non Seasonal 22.23 collection https://www.youtube.com/watch?v=CcwLEkVJhY8 where he has mixed sophisticated, contemporary and modern luxury. Unisex and timeless garments made with 100% natural materials: napas, wool, cashmere, linen or silk knit, in which the traditional Majorcan Ikat cannot be missing.
The Minister of Culture and Sports Miquel Iceta made an appearance at the MERCEDES-BENZ FASHION WEEK together with the fashion designer Modesto Lomba, to give his support to the sector and highlight, as he told EFE just before the show began, that fashion is “culture and industry and we are interested in everything that adds value to the growth of the country”. https://www.huffingtonpost.es/entry/miquel-iceta-acude-a-su-primer-desfile-en-la-pasarela-de-madrid-para-apoyar-al-sector_es_622a513ee4b0296158385f10
At Vicens we feel very proud that our handmade fabrics, made conscientiously, are protagonists once again and contribute to preserving our culture and tradition. In this sense, we have been especially excited to be part of the proposals of a designer that Vogue magazine has defined as a worthy “heir to New York cool”. 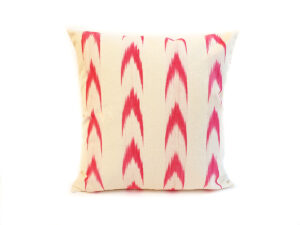 d. Although the drawing was designed 6 years ago in other colors, and has been copied repeatedly by different manufacturers, the truth is that, in this intense pink color, it has given us a lot of joy. 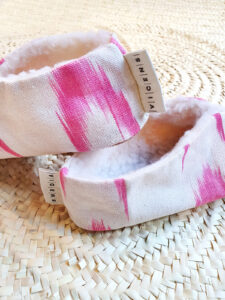 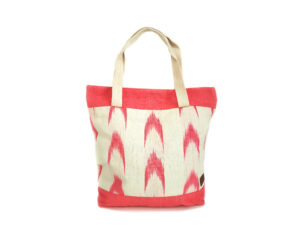 We have been able to use it in different pieces, from hammocks, to bags and backpacks, cushions, without forgetting the cheerful slippers that have made us happy in winter.