The 14th edition of the Awards has received 116 nominations from all over Spain and from a multitude of sectors, and among all of them Vicens has been a finalist

The objective of the awards, convened by the Ministry of Industry, Commerce and Tourism is to promote crafts and encourage innovation and competitiveness.

The fourteenth edition of the National Crafts Awards has received 116 nominations that have competed for the highest award. After studying the proposals, the selection committee made up of experts from the artisan sector and representatives of the Ministry of Industry, Commerce and Tourism and the autonomous communities has selected the 15 finalist projects, from various Spanish sectors and regions.

The National Craft Award is intended to recognize a consolidated work as a whole.
From Vicens we are very proud to have participated in these awards and to have reached the final. Undoubtedly a recognition of a long history of work, effort, a lot of tenacity and belief in one of the oldest trades in the world. 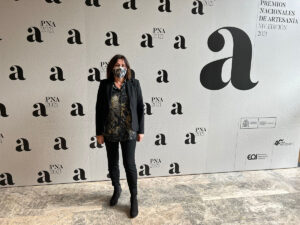